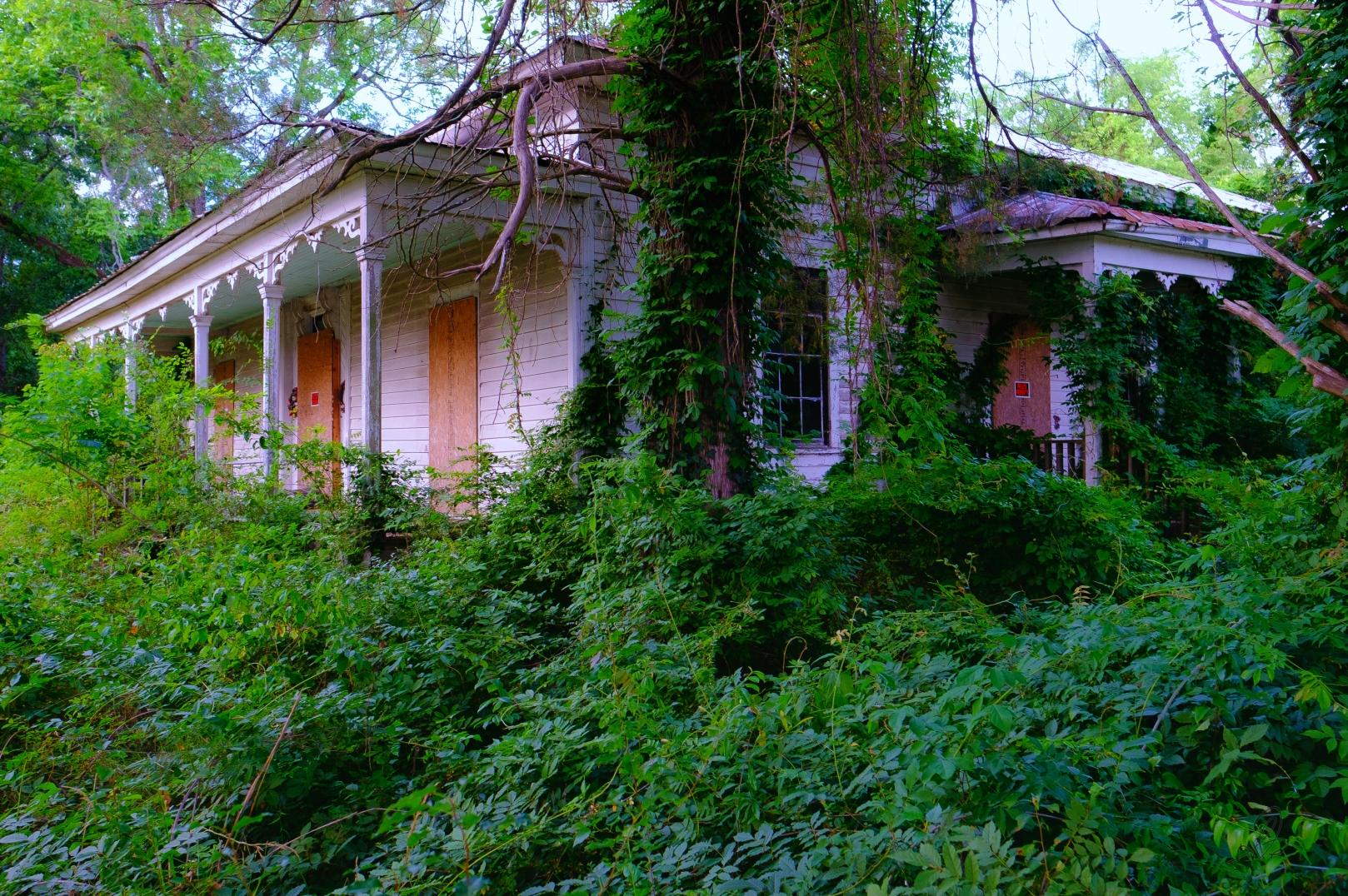 This house is being consumed by the ivy and tree growth around it since being boarded up.

I have a few projects I’m kicking off on my blog and one of them is The Rural Decay Project. I’ve been interested in this topic for a while now, and have made some loose attempts at photographically capturing these images but until recently without much cohesiveness that one needs to tell a story.

One of the things about photography that took me a while to learn is you can’t always be thinking about that exotic locale that you might get to visit some day to finally make some great images. To be a photographer is more than vacation or travel, you have to photograph what is around you all the time in your daily routine of life. That can sound quite boring for some of us that don’t live in some beside resort community, but it works, and it’s unique to you.

For me, living in the rural south (or at least on the edge of both rural and “city” being outside of Auburn), what’s around me all the time are these great old structures that once contained life and vitality, but now are being consumed by the earth. This is similar to the urban decay photography that is all the rage in places like Detroit and Chicago, or even places like Chernobyl (and this Chernobyl 30 years later project, which is also amazing), but for those of us who live nowhere near great opportunities like that, you have to photograph where you are right now.

There are hundreds if not thousands of photographic opportunities like this all over the place. Some of the more well known ones are Old Cahawba, covered bridge (these are actually everywhere if you look closely), Sloss Furnace, there is even a (man-made) ghost town close by, Spectre Alabama, that I hope to someday photograph before access is impossible. On a side note; Spectre, Alabama was a custom movie set, built for Tim Burton’s fantasy film Big Fish. The set is located on an island in a river outside of Montgomery, Alabama.

For now, I’m sticking with what’s closest to where I live, and what’s probably the least known places. I love this old gas station that sits pristine on the side of Highway 80. I can imagine it once was a fine place to stop on the drive between Montgomery and Atlanta before the interstate was built. The old house at the top of this article sits at the intersection of Highway 80/51, and actually looks like it’s in pristine condition other than natural growth. 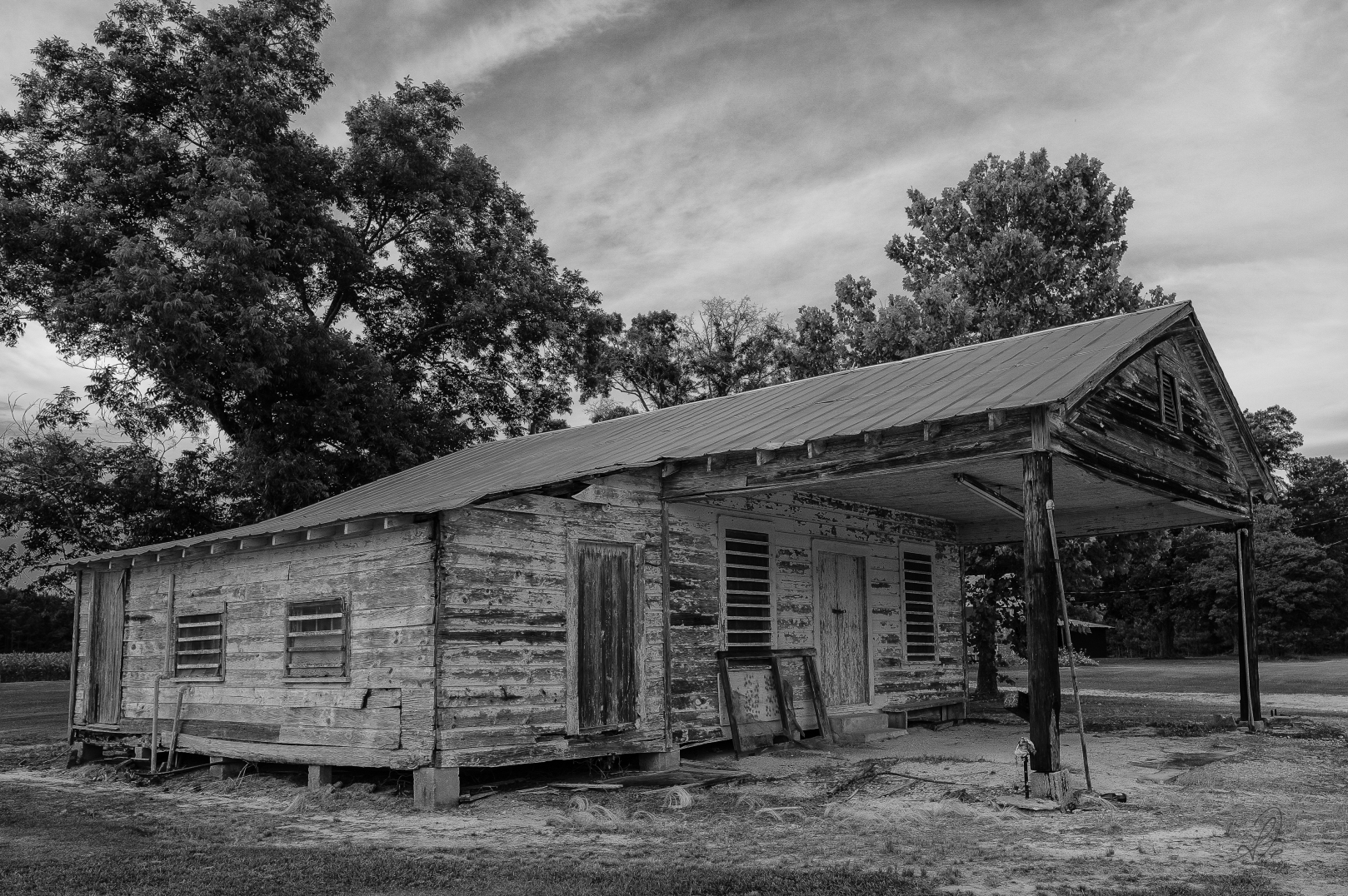 This abandon gas station sits as it did one the day it was closed. It’s well maintained on the perimeter grass making stand out among the surroundings.

The windows of an old factory in Opelika now torn down

An old factory gate now torn down in Opelika 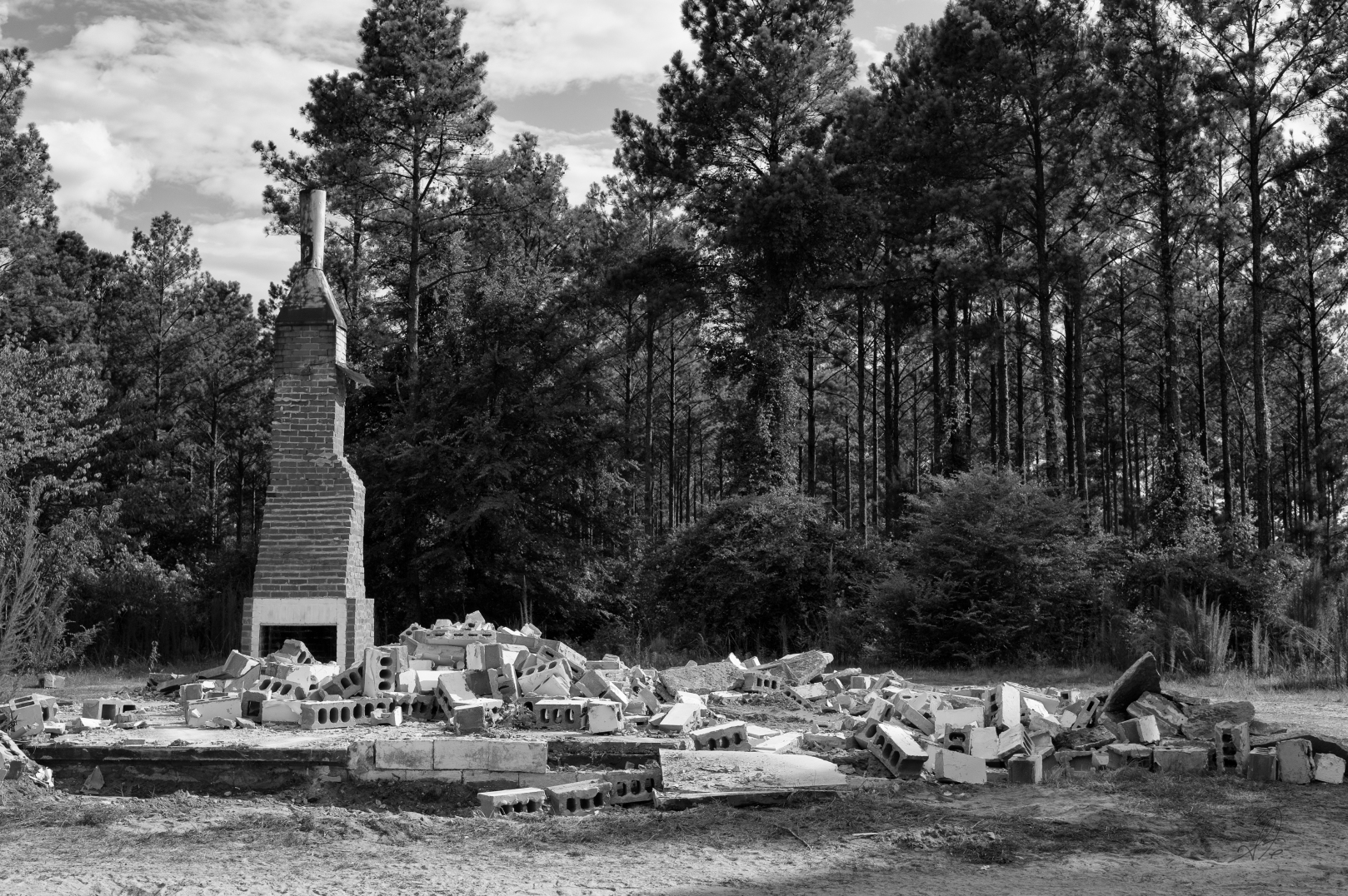