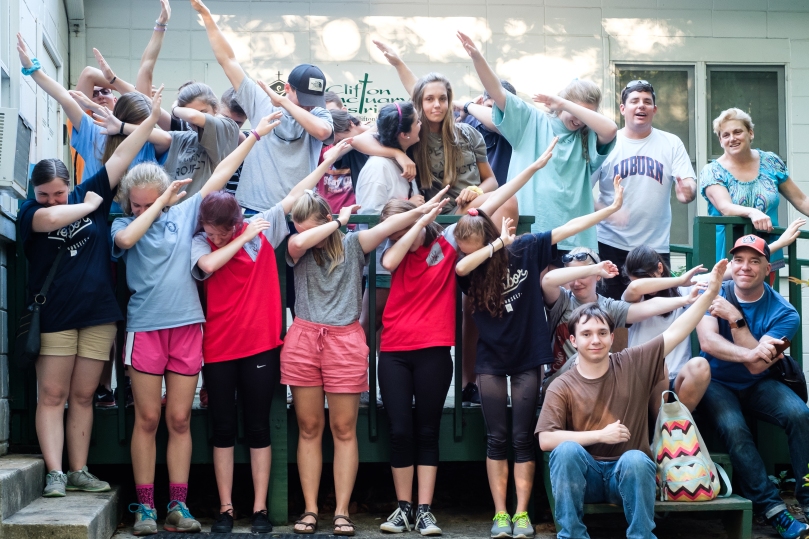 There are several entries that have been sitting in my drafts for a while that I’ve trying to get posted, and this happens to be one of them. M25 Mission Camp is a youth missional organization in Atlanta that works with the homeless in a way I’ve rarely seen over the years. It wasn’t the first youth trip for me, but it was the first one in a while, and I was amazed with every aspect of the experience, mainly because it changed perceptions and perspectives on life and serving others well. This video we produced can explain it better than I can here. For now, there are some images that shows a little of the week we spent trying to love others well.

END_OF_DOCUMENT_TOKEN_TO_BE_REPLACED

This has been one of these craziest few weeks in our house in years, and for the first time in what feels like forever, some routine and normalcy is slowly returning. I finally had a chance to just read again for a short while this morning, and I came across this explanation that Mstislav Rostropovich gave in how to listen to music. Although he was talking about music, I think he can use God and music interchangeably in this explanation.

But music is not so aggressive that it will come through to you without your help. In order to feel its warmth and beauty, you have to shed your emotional insulation, just as if it were a coat, and prepare to listen with your heart.

What are your favorite faith based blogs you read?  I have a few different categories in my mind of blogs I read.  I have a total list, which includes some of my friends blogs and some of my favorite faith based blogs, and more I just flip through on a daily or weekly basis.  I have a few blogs I read (this would be across all categories) that are really bad, but for some reason I have some fascination with what they will post next because the blog is so bad (poor design, format, sentence or grammar structure and so on).  I call these train wreck blogs because I can’t help but read them for some reason.

I won’t mention any of my personal favorite train wreck blogs but there is one blog I have been reading quite a bit called TonyMorganLive.com which has a lot of fresh, well written content, plus his job listings are interestingg reading to me.  I have to give my blogroll award to Brody Harper who has one of the best blogrolls on the side of his blog and he always has something interesting going on over there (see his latest Positive Post Tuesday-Outdoor Encounter).  Below you will find my current faith based blogroll for today, Tuesday, September 2, 2008.  This list below is static, but my list changes daily.  For the most current and up to date list, see Faith Blogroll.  Is your blog on this list?  No?  Well post it in the comments so we can all take a look and add it to our feed readers.

The list above is obviously in alphabetical order, but it is a list of blogs I frequent.  There are so many that I have not come across yet, but to those above, thanks so much for putting so much effort into your blogs, I really enjoy reading them.  Keep in mind, even if you never receive a single comment, there are people who read your blog, so write your posts with that in mind.

I am a news junkie of sorts so this news article caught my attention over the last few days. I know we all have different ways to look at things in different parts of the world, but I sometimes find it incredible how we can not insult, or in any way degrade the false profits, false teachers, and false religions of the world and few seem to have a problem with the ultimate insult of Christ that occurs every day throughout the world. Such is the way the world works today as we try to remove the One true God from everything and raise others above Him.

Of course this is not something that is new in our time, it has been going on for 100’s if not 1000’s of years and is told about in the old and new Testaments throughout the Bible.

Muhammad ibn â€˜Abd AllÄh (Arabic Muá¸¥ammad; also Mohammed, Muhammed, Mahomet, and other variants) (c. 570 Mecca – June 8, 632 Madina),[6] was the founder of Islam and is regarded by Muslims as the last messenger and prophet of God (Arabic: Allah). Muslims do not believe that he was the creator of a new religion, but the restorer of the original, uncorrupted monotheistic faith of Adam, Abraham and others. They see him as the last and the greatest in a series of prophets.

Although it doesn’t even seem as this is the case, a woman who had her class name a teddy bear Muhammad has been arrested in Sudan and the school has been closed down. According the BBC news, a British school teacher was arrested and accused of insulting Islam’s profit. I don’t recall a time when a news story was broadcast saying that someone had insulted Christ and were arrested, but I wouldn’t expect one either. I also understand this is an extremely sensitive subject and topic and understanding different cultures and religions is extremely important, especially when working in the context of another country (other than Western Europe or the United States that is).

I hope her situation is resolved without any unnecessary violence.